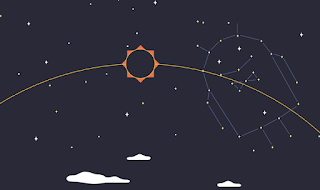 Google: the latest launch date for Android O on August 21st. Google will be streaming live at the opening event in New York City at 02:40 ET to coincide with a solar eclipse. Live streaming can be viewed on the website page Android.com/eclipse, countdown down to the event took place on 21 August.

Read: When The Solar Eclipse Come

Android O (Android Version 8.0) which was originally launched in March. At the event will reveal questions about the name for the Android version of O (version 8.0), which we know Android OS O has some updates including new features like snoozing, Google limits the application background to more consistent performance and also in terms of more battery updates Well, emoji updates, faster startup and more improvements in terms of security are included in the new "Google Play Protect" anti-malware security aspect. An OS modularized from hardware. The initiative should facilitate the development and launch of a new Android update.

Until then, you can join the open beta. Keep in mind that you'll need to have a Google Pixel, Google Pixel XL, Nexus 6P, Nexus 5X or Pixel C to get started.

This big Android update for 2017 will continue its beta following the Google IO 2017 presentation and will debut ahead of the launch of the Google Pixel 2.


Don't have a Google-branded phone? The company announced Project Treble, an initiative that will ensure that Android O comes to many more devices than previous operating system updates. Stay tuned in the coming weeks as Google ties the bow on Android O and releases it to the public.