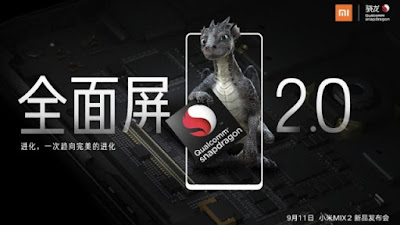 Rumor remains a rumor: over time rumors circulating in the market finally revealed, from some sources found on the market that Xiaomi Mi Mix 2 now leaked in the live image. 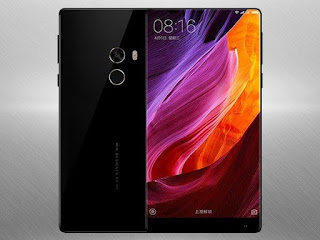 The Xiaomi Mi Mix 2 specification in its outermost is one of the most interesting to talk about so we will discuss it as the opening of this segment. Associated with the display it carries, the phone still comes with a bezel-less design like its predecessor. However, if Mi Mix still has a thin bezel on the bottom, then Xiaomi Mi Mix 2 actually comes with a face that is completely covered by the screen and the choice of black and white so it looks more premium. For dimensions, the phone has a length of 158.8 mm, width 81.9 mm, and thickness of 7.9 mm. While the weight is 209 grams so it is quite heavy. For the outer sector of the front, Xiaomi Mi Mix 2 equipped with IPS LCD capacitive touchscreen display that has a span of 6.4 inches so that makes it also can be called a phablet. This screen is not only able to produce maximum visualization but also quite attractive because the resolution of Xiaomi Mi Mix 2 screen reaches 1080 x 2040 pixels with a density of 361 ppi. The screen is also supported with multi-touch so it is more responsive when operated and sweetened with MIUI interface 9. For this type of screen protection itself is still waiting for confirmation. But if you see the screen on the Xiaomi Mi Mix 2 specifications is so charming, should have been equipped with a qualified protection.

Xiaomi CEO recently confirmed that the device has entered mass production. Not only that, he also shared a few shots of the retail packaging. The Mi Mix 2 is set to be unveiled on September 11.