Android App Can't Open - These 4 Ways to Fix It 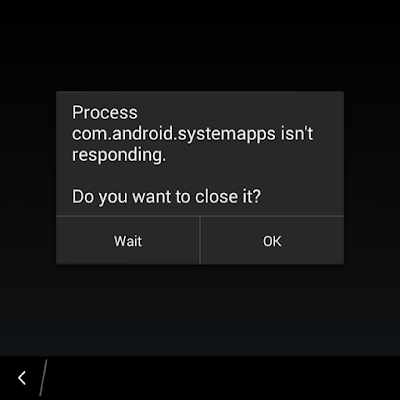 Applications or software is the most important part of the smartphone or tablet android. There are 2 types of apps that exist on Android that are native apps and additional apps. Default App is an application that is directly available on Android smartphones itself such as Gallery, Music Player, and others. While additional applications are applications that we add itself in accordance with our wishes, such as applications such as BBM, WhatsApp, FB Messenger, Instagram, Twitter, Path, and so forth.

The composer can vary from file cache that is never deleted, full Android memory, or the occurrence of bugs in the application itself, and others. As a user android old school, of course, you must be confused in overcoming the problem. But calm down, because this time I will provide a surefire solution that may be able to overcome the problems you are facing.

How To Fix Android App Can not Open

Every android user has a different application damage, be it a built-in app or an additional app. Well, to overcome this there are several options you can do ranging from removing the android cache, replace with other versions, delete application data, and stop the application by force.

The first easiest way is to delete the cache memory. What is cache memory? Memory cache is one of the temporary files that if not in the delete periodically, then over time will continue to accumulate on the android's own memory. How to clear the memory cache by using the Clean Master application. The app can wipe cache and other temporary files with just one click.

NOTE: The above method I did on Smartphone with Android operating system Lollipop v5.1.1. If you use a different Smartphone system, you can customize its own method.

Clear Data and Force Stop feature are on the pseudo version of Android OS. By stopping and deleting app data will make the app back to its default position. And all the temporary data in the application will be lost like a database, cache memory, bookmarks, history, and more. Take it easy, this way do not remove apps, but only delete app data only.

Method 3: Replace With Other Version

If you previously installed the application manually via Apk file, and it can not be opened, it means the application is not compatible with the Android OS you have. We recommend removing the app, and replace it with the underlying app.

Turn off an Android smartphone, then remove the battery, SIM card, External Memory (SD Card). Let stand for about 30 seconds. Next, plug and restart your android smartphone. Try to reopen an app that previously could not be opened. Hopefully, with this method, your Android smartphone and tablet can be back to normal and can be used for daily activities.

We from Dianisa feel that the method we give cannot be in katakana succeed 100%. But it never hurts to try, because the above method is the most common method that is used to overcome the application error, stuck, problematic, and others. If anything is unclear, get in touch via Dibedugul fans page or directly through the comment field

Those are some short methods on How to Overcome Android Applications Can not Open, hope can be helpful and useful. If you have questions that you want to convey, please write through the comment or chat field via facebook fan page Dibedugul.com. Thank you!!!