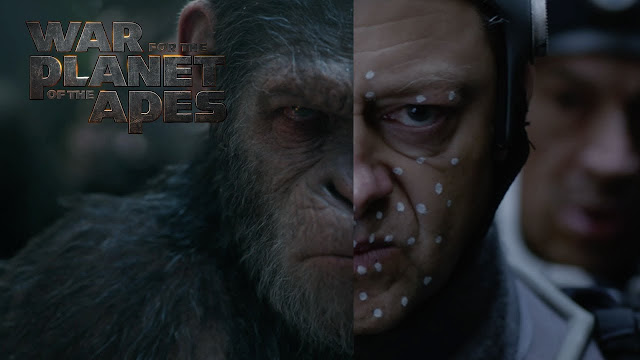 Who is not familiar with this film, tells of the struggle of a group of monkeys in defending their life from the pursuit of human soldiers.

Caesar is the main actor in this film, Caesar is a very wise and powerful ape leader he tried to protect the monkeys from the war with the human army in order to avoid the fall of the parties from both sides, especially on the apes.

Caesar in movie "War for the Planet of the Apes" has the ambition to take revenge on the colonel of the human army who killed the first child of a Caesar named Blue Eyes and his wife.

Blinded by his desire to take revenge on the colonel, Caesar left his group to hunt down the colonel. As a result, his group was caught by the colonel before he managed to get revenge.

Earlier in 2011, where the story of Caesar (played by Andy Serkis) began in the movie Rise of the Planet of the Apes, from experimental apes that managed to gain human intelligence. The experiment also produced the Simian Flu virus, which kills many humans but also makes the monkeys become intelligent. Going into 2014, in the movie Dawn of the Planet of the Apes, the remaining human communities are trying to coexist with ape communities. Caesar succeeds in stopping Koba (played by Tobby Kebbell) who wants to attack man directly, but war is inevitable, Colonel (played by Woody Harrelson) comes with human troops. The story of Caesar continues into 2017 in War for the Planet of the Apes

The actor in the movie

One department in this film that should be given the biggest compliment is the department of Visual Effect is able to bring us and believe in this film is the original apes are acting. Director Matt Reeves is assisted by Joe Letteri and Dan Lemmon and his team of digital weta who are responsible for the motion capture technology used in this film. 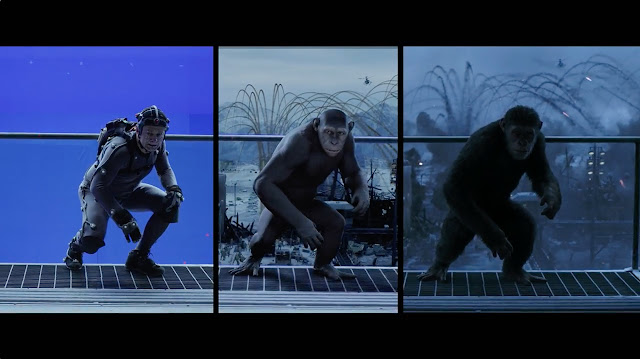 What is motion capture?

It is the terminology used to describe the process of recording the movement and the meaning of the movement into a digital model. It is used for military, entertainment, sports, medical applications, and for computer and robot vision grid. In the making of the film, mocap means recording the action of the human actor and using that information to animate the digital character to a two dimensional or three-dimensional computer animation model. When it includes faces and fingers or catching a smooth expression, this activity is commonly referred to as performance capture.


The main actor in War for the Planet of the Apes, Andy Serkis has been acting many times using motion capture technology, in the movie Lord of the Ring, he acts as a Smeagol. In the year 2005 in King Kong film, he acts as Kong. In addition to Andy Serkis, in this film series is Karin Konoval who plays as Maurice. Chemistry built by Maurice and Nova (played by Amiah Miller) makes us dissolve in the film.