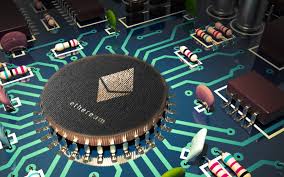 In order to patch the security gap, what does the power of virtual currency worth 300 million dollars just vanish? This incident is experienced by Parity, a provider of digital wallet services for Ether (cryptocurrency ethereum).

The story, this week, Parity is trying to fix a bug in a multi-signature wallet that had previously been exploited by hackers to steal Ether worth 32 million US dollars from Parity.

A multi-signature wallet is a type of digital wallet that requires more than one user authorization for funds transfer.

Unfortunately, in the middle of the coding process for improvement, the Parity team inadvertently precipitated another bug causing one user to be the sole owner of all multi-signature wallets.

The sole proprietor, named alias "devops199", panics knowing what is happening and trying to restore the situation as it was by removing the wallet ownership transfer code.

Instead of being returned to the original owners, all the funds in the digital purses were actually locked permanently.

"This means no funds can be removed from those multi-signature digital wallets," Parity wrote in a security alert.

Ether is locked in the wallet inadvertently is estimated to be worth 300 million US dollars or more than Rp 4 trillion. Parity Party has not confirmed the exact figure.

Parity also refused to say that a large amount of the funds had been "lost", but only "frozen" and could not be transferred. "We are analyzing the situation and will be releasing a more detailed update in the near future," added Parity.

Ethereum is the second most popular cryptocurrency after Bitcoin. The value of Ether has increased by more than 2,500 percent in the past year and is now in the range of 285 US dollars per chip.