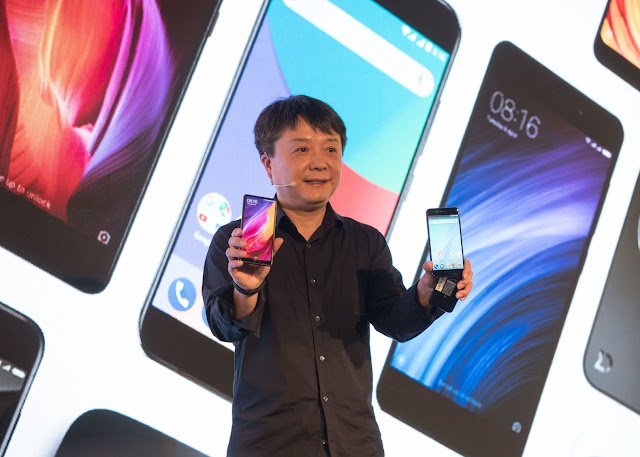 Xiaomi is a very young company, the OEM headquartered in China was newly established in 2010 and has launched its first product in 2011. Over time Xiaomi products have increased and gained success in the domestic market in China. Xiaomi is the top smartphone manufacturer in China, defeating established giants like Huawei, Oppo, Vivo, Lenovo, and Apple. Great expansion Xiaomi in the international arena no doubt as in the country of India, in 2015 alone Xiaomi posted a record of 71 million Smartphones shipments.

However, competition is increasing for Xiaomi in 2016. OEMs are losing top spot in China's smartphone market,
Enterprise smartphone shipments declined by 2016 compared to 2015,
2016 has been a difficult year, especially in China, and promised to fix offline retail channels to fight Oppo and Vivo.

At a press conference, the company also revealed that its goal for 2018 was set. He wants to reach 100 million smartphone shipments and join the Fortune 500 club.

Xiaomi is ready to sell smartphones in western European markets in Spain, first to Western Europe as it boosts global stalled drive to other developed markets across Europe and the United States.

"This is proof that we are serious about becoming a global company, not just a Chinese company and not just working in developing countries," Wang Xiang, head of Xiaomi's global business, told Reuters ahead of the launch.

"We want to expand our ambitions to developed regions like Western Europe, and that's just the first step."

"We are more focused now, we also have more resources," said Wang, adding that the company has learned from previous failing records and is now hiring many people overseas.

Wang took over the role earlier this year when high-profile executive Hugo Barra left the company to join the enhanced augmented reality team.

Xiaomi's sales have also recovered this year and has surpassed Apple Inc. to become China's fourth largest smartphone vendor by sales, driven in part by a focus on offline stores, according to research firm Canalys.

Lucio Chen, a Singapore-based Canalys analyst, said that Xiaomi's scorers have been weakened in recent years by the rise of local rivals, but its off-season drive is now helping to push for a "revival" in its home market.


It has a strong presence in India, which ranks second behind Samsung Electronics Co Ltd through smartphone sales, and plans to open 1,000 global stores in the next two years.